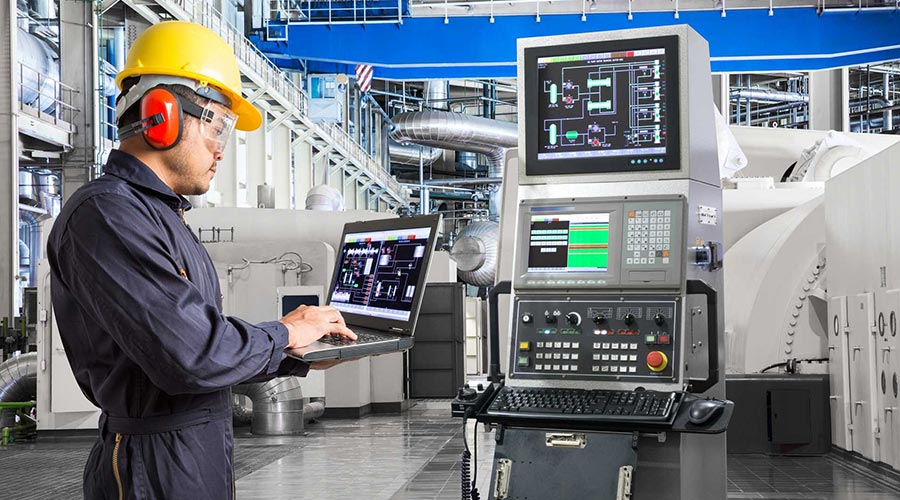 The phrase "Industrial Control System" (ICS) refers to a combination of many types of control systems and related instrumentation, devices, systems, networks, and controls needed to operate and automate industrial processes.

Depending on the sector, each ICS operates differently and is intended for executing jobs effectively through electronic operations. The devices and protocols utilised in an ICS are today employed in practically every industrial sector and vital infrastructure, including manufacturing, transportation, power, and water treatment.

An industrial control system that is installed and controlled in a distributed fashion, allowing individual control of numerous dispersed control systems or processes. A control system refers to control obtained through intelligence spread throughout the process to be controlled rather than by a single unit positioned centrally.

Programmable logic controller (PLC) based systems: PLCs can be networked together to share data as well as give centralized monitoring and control capability.

In many sectors, control systems composed of networked PLCs are replacing both plant DCS and RTU-based systems. They were designed for factory automation and have historically excelled in high-speed discrete control, but now offer analogue control capability as well.

Health and safety are the key benefits of industrial control systems in general, including SCADA. Understanding the environment in which workers are being deployed can offer you a crucial edge in keeping them safe.

Minimization of threat or exposure

The capacity to regulate and reduce harm or exposure due to failures or malfunctions are the second biggest advantage of an efficient industrial control system.

When a power line fails, an industrial control system or SCADA system can detect, monitor and notify Control that a pole has failed or a line is contacting the ground. Workers can not only be alerted of this, but the fault region may also be remotely isolated and switched off to safeguard those around. This involves both workers and the general public.

The third advantage is asset protection. Assets can be safeguarded by prevention.

Some transformers are multimillion-dollar investments that may be safeguarded by avoiding an overvoltage state. Understanding the overvoltage exposure of a transformer allows you to obtain the same equivalent life cycle out of the asset by controlling load or lowering the load threshold if it has witnessed overvoltage several times.

The primary objective of all industrial control systems is to protect assets and maximise asset life.