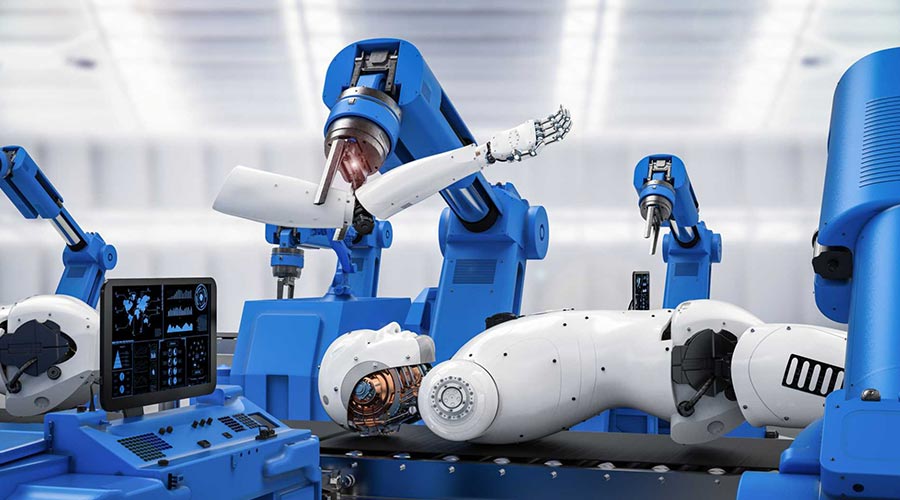 If a Terminator-style robot uprising is likely to start somewhere, warehouses would be the first place we'd look. In reality, the logistics and supply chain sectors will be the most affected by the Fourth Industrial Revolution. Warehouses, which are at the core of supply chains, look a lot different now than they did a decade ago.

Warehouse automation is gaining traction as warehouse sector trends point to a larger customer base and increased need for speedy shipment. The Covid-19 epidemic has expedited this expansion, which is fueled by demand for e-commerce suppliers and same-day deliveries. The newest warehouse automation innovations that are altering the business will be discussed in this article.

Various verticals are aiming to invest in robots, IIoT, AI, and machine learning systems in the warehouse automation industry, which is currently fragmented. It's a very competitive market with only a few major companies.

Rise of the Robots

With increased capabilities and configurations, robots are playing a larger role in warehouses. By 2025, over 50,000 robotic warehouses will have been built throughout the world, with over 4 million robots installed. Robots pay for themselves in three to nine months, allowing small and mid-sized firms to implement them on a shoestring budget. Sorting, picking, packing, batching, transportation, fulfilment, security, and inspection are just a few of the jobs that robots do in warehouses. According to IFR, Asia has the largest market share for industrial robots, with China leading the way, followed by Japan and South Korea.

AGVs (Automated Guided Vehicles) and AMRs (Automated Mobile Robots) are emerging stars in warehouse automation. They are scalable and do not need changes to the warehouse's current floor design or infrastructure, unlike automated storage and retrieval systems (AS/RS), which need considerable infrastructure installation.

AGVs and AMRs come in a range of designs and may be programmed to execute a range of tasks. These are attractive investments since they are inexpensive and need minimal training to operate. The worldwide AGV/AMR market is predicted to reach USD 13.2 billion by 2026, increasing at a 35 per cent CAGR, with AMRs accounting for the majority of the increase, with a 45 per cent CAGR. These mobile robots will soon be the new normal in operational activities, their market share reaching 18 per cent of the overall warehouse automation market by the end of the forecast period.

Although conveyors are currently the most prevalent means of transporting items in warehouses, their expansion is expected to diminish, giving way to smaller, less expensive plug-and-play options. Larger, stationary warehouse systems are projected to be replaced by smaller mobile robots. Companies seeking space-efficient automation are driving this shift.

That isn't a mistake. Collaborative Robots, or CoBots, are meant to work alongside people to achieve tasks. Cobots help workers operate more effectively rather than replacing them. Robots and humans working together, according to research, can be up to 85 per cent more productive than working alone.

Because of their low cost and ease of programming, robots are becoming increasingly used in supply chain management. These are built for safety, having many sensors that help them perform safely in proximity to humans. They're quite simple to set up, lightweight, and adaptable, making them perfect for use in warehouses with limited space.

The most prevalent warehouse cobots aim to reduce wasteful walking by taking care of the majority of the transportation, allowing staff to concentrate on picking and other revenue-generating duties. By automating repetitive, inconvenient chores, robots have the potential to boost warehouse productivity by 30%. Pallet jacks that are designed to follow employees or wearables that aid human labour are examples of cobots.

The Internet of Things

The Internet of Things isn't simply a fad. It's a crucial piece of technology that's driving today's warehouse automation trends. It's transforming the contemporary warehouse by linking and coordinating all of the puzzle's moving parts.

So, how is the warehouse being reinvented? The Internet of Things enables diverse devices and systems to scan, store, exchange, and retrieve data in real-time, allowing you to link, monitor, and synchronise your warehouse AGVs, AMRs, drones, beacons, pallets, equipment, inventory, and even personnel.

The Internet of Things (IoT) allows for holistic performance and status tracking of all linked devices, and the number is expected to grow dramatically in the coming years. Temperature sensors, for example, are used to monitor cold storage while vibration sensors are used to track motors.

RFID tags can store a lot of data, and combining them with the Internet of Things allows for better inventory management thanks to 360-degree visibility and data extraction. In the previous five years, warehouse leaders have more than quadrupled their RFID usage for cycle counting and inventory validation. RFID tagging facilitates data exchange and networking, resulting in a smarter warehouse.